Mongolian calligraphy is the technique of handwriting in the Classical Mongolian script, which comprises twenty eight letters connected vertically by continuous strokes to create words. The letters are formed from six main strokes, known as the head, tooth, stem, stomach, bow and tail, respectively. This meticulous writing is used for official letters, invitations, diplomatic correspondence and love letters; for a form of shorthand known as synchronic writing; and for emblems, logos, coins and stamps in ‘folded’ forms.

This is how the Mongolian script and its calligraphy developed greatly for a millennia. True representation of yin and yang, an alphabet is harmonized with words and became a separate art itself. Mongolian pattern itself has many variants and the same applies Mongolian script. It is written from top to bottom in a continuous manner and the possibilities are only limited by the skills of the calligrapher. Although it offers almost unlimited freedom like this, one must follow the grammar of Mongolian language strictly. In other words, it can be written in wonderful patterns, however, every single line or dot must be written where it is supposed to be written. It must also be understandable, otherwise it would not be calligraphy but art. Every line, or Mongolians call its teeth, have the same length.

Mongolian calligraphy was inscribed in 2013 on the List of Intangible Cultural Heritage in Need of Urgent Safeguarding. Mongolian calligraphy is an ancient form of paintbrush art. An art that presents one’s mind, knowledge, thoughts and feelings on paper. Writing with paintbrush develops one’s feeling of aesthetics. This form of art is greatly developed in oriental countries. In a way, it is, a meditation with paintbrush

See all our travel articles 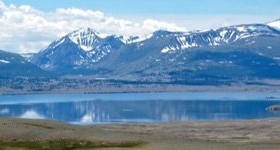