Official name for Mongolian currency is Tugrug (pronounced tukrik), which abbreviated to MNT. The official symbol for the Mongolian tukrik is ₮, which you will see in most stores and restaurants in Mongolia. Sometimes sellers put only price without symbol ₮ on their products.

On the banknotes, there are 2 people’s portraits. One is Genghis Khan – emperor of the Great Mongolian Empire, another is Sukhbaatar D. – a founding member of the Mongolian People’s Party and leader of the Mongolian partisan army during the Outer Mongolian Revolution of 192. 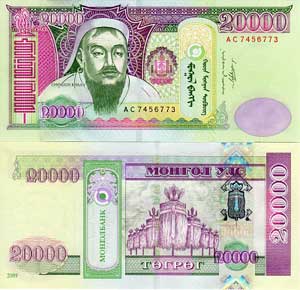 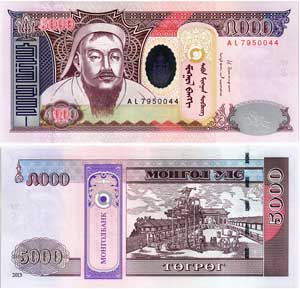 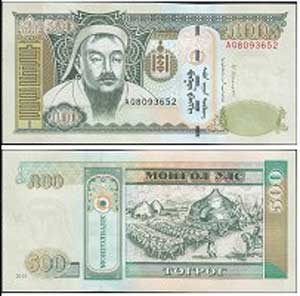 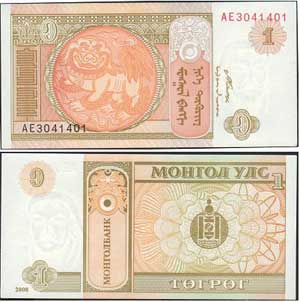 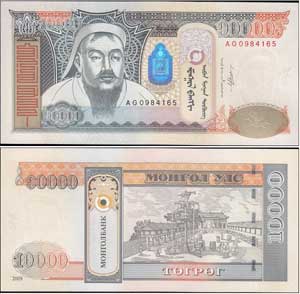 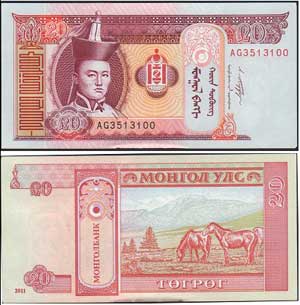 Withdrawing MNT in Mongolia is much easier and convenient. There are also currency exchange counters in the airport, although they may charge a bit higher fees than banks. So we recommend you to exchange small money at the airport, and when you arrive at the city center, you can exchange your money with best rate. For current exchange rates, see www.xe.com

Visa, MasterCard, and American Express are all widely accepted. It’s good to bring your debit or credit card to Mongolia. ATM machines are very easy to find in Ulaanbaatar cities and center of the provinces. You can easily withdraw Mongolian Tugrug (tukrik) from an ATM machine. Depending on your bank’s policies, using a credit card in a foreign country might incur exchange rates and fees for withdrawing money in another currency from either your home or the local bank. So kindly consult your bank or credit card company about whether you can use your card in Mongolia, or else your transactions might be flagged.

Therefore, think about to bring enough cash with you in advance in case that there won’t be any ATMs onboard and you might need to exchange your cash