The Spring Golden Eagle Festival is one of the annual Mongolian events, which celebrates the Golden Eagle as well as the Kazakh hunters’ traditional culture.
The Golden Eagle festival held near to the capital city of Ulaanbaatar at ‘Chinggisiin Khuree’ complex on March 3-4 in each spring.
More than twenty Eagle hunters aged 15 – 80 came from the Far West of Mongolia for this event to participating in the competitions and reviving eagle hunting customs and traditions of Kazakh people, inheriting the culture of hunting with eagle into young generation, publicizing this tradition to tourists and making it a tourism product. 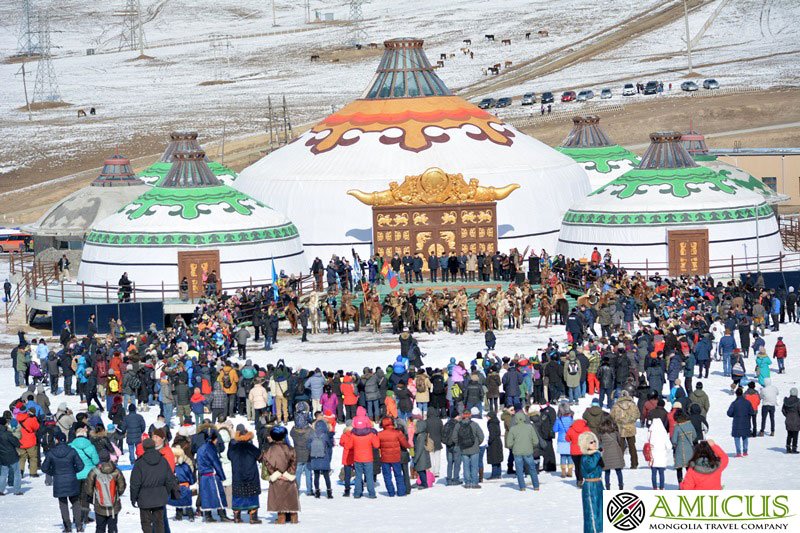 The Golden Eagle Festival is held 2 times in the autumn in the Western part of Mongolia and one time in the spring season near the Ulaanbaatar, which is the capital city of Mongolia. 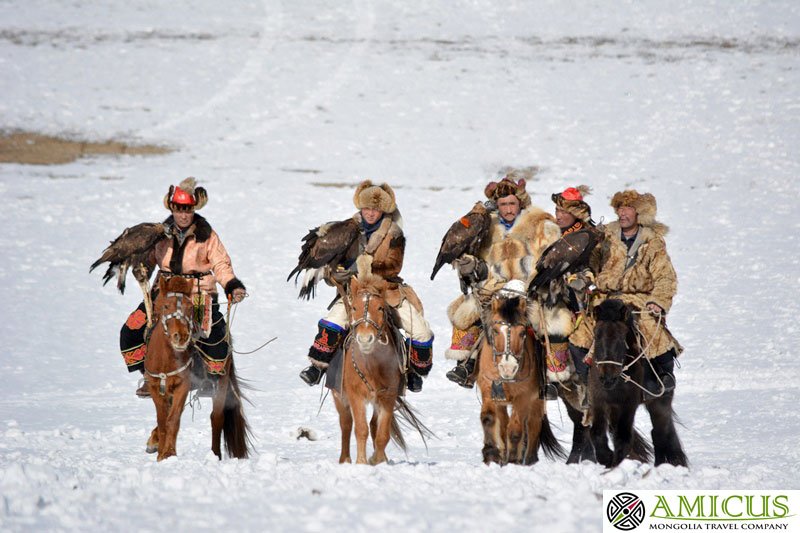 What a sight these wild looking Kazakhs made, traditionally dressed in their finery their horses’ bridles and saddles were heavily decorated in silver, so too were the eagle’s jesses and hoods. 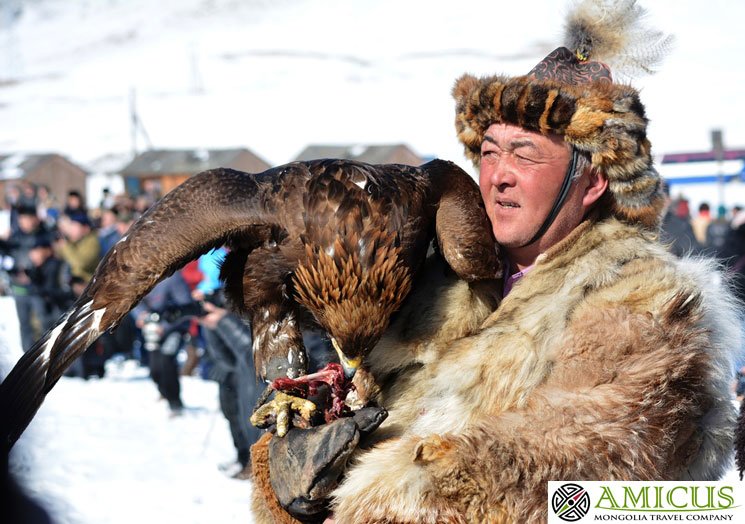 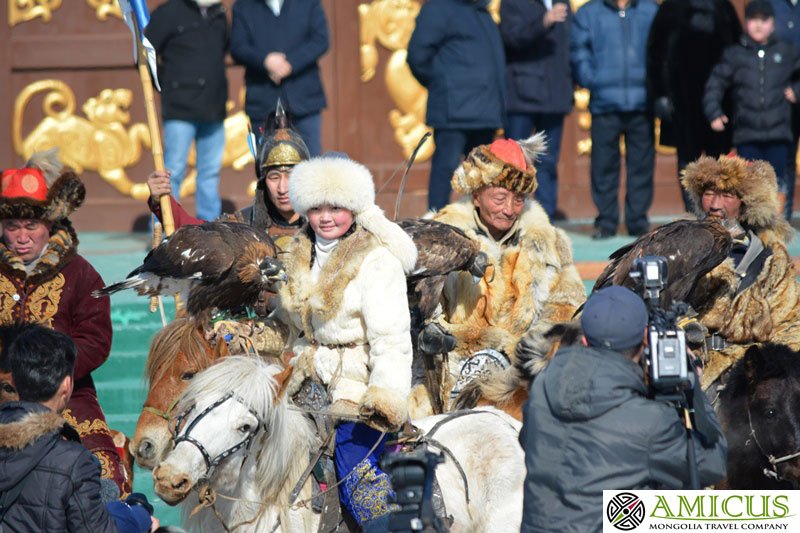 Participants of a competition wear their traditional clothes, sit their trained eagle on their arms and enter the festival field riding horses. 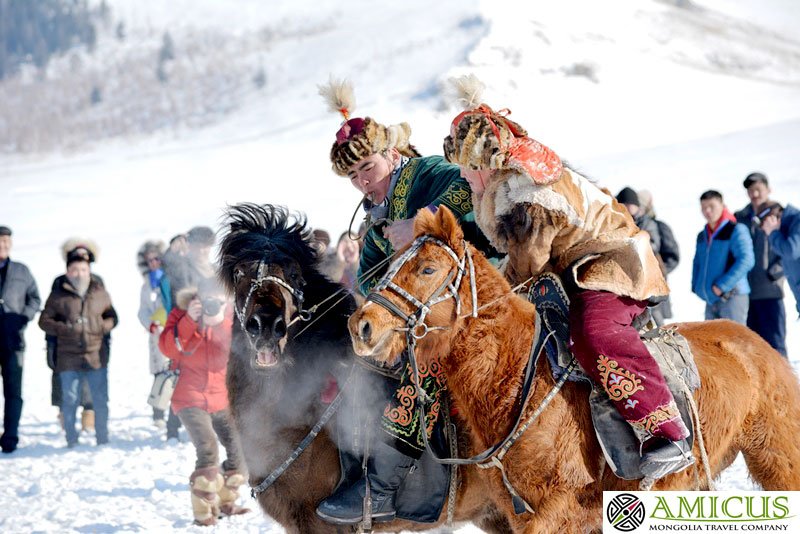 UNESCO inscribed the practice of Eagle Hunting to its Representative List of the Intangible Heritage of Humanity. 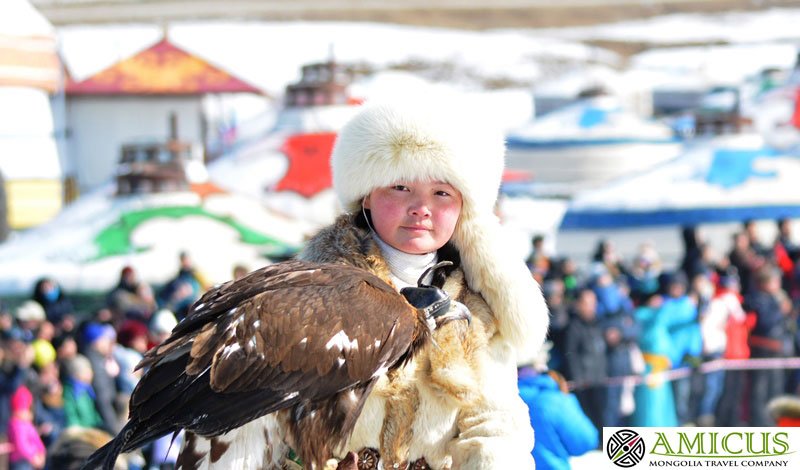 One of the participants, Aisholpan Nurgaiv who is a star “The Eagle Huntress” documentary. The Eagle Huntress follows the story of Aisholpan, a 13-year-old Kazakh girl from Mongolia, as she attempts to become the first female eagle hunter to compete in the eagle festival at Ulgii, Mongolia.
It’s estimated that the festival, one of the most interesting tourism activities in Mongolia, attracted 3,000 – 4,000 visitors this year, an increasing following year.