The Mongolian Government declared Hustai National Park as a Specially Protected Area in 1993, one year after the initiation of the reintroduction of the last species of wild horse project. The Wild horse became extinct in the wild and was last seen in the Gobi in the late 1960s. It survived only in zoos and private parks around the world. The reintroduction program began in 1992. Horses were selected for maximum genetic diversity and gathered at semi-reserves in the Netherlands. Over a two year period, they formed socially normal herds, each consisting of a stallion and his harem of mares. Then they were flown to Mongolia from Luxembourg airport. These shipments (of 16 horses each time) continued every two years until 2002.
In addition to the takhi, there are populations of maral (Asiatic red deer), marmots, steppe gazelle, deer, boar, manul (small wild cat), wolves and lynx. 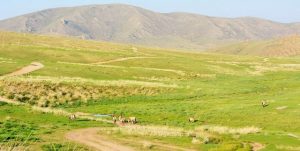 The takhi and marmots are easy to see on a game drive in early morning or late afternoon. The other mammal species need some patience and are more likely to be seen while hiking on foot around the reserve.
You can go hiking, horseback riding, or take a road trip through Hustai N.P. Seeing these truly wild horses which numbered in the hundreds of thousands of years ago as captured in archeological records, will make you feel like you have traveled thousands of year back in time. 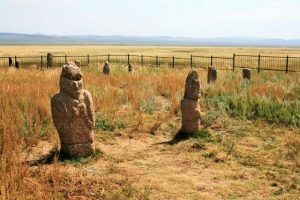