The complex includes four temples originally dedicated to the brother of the ruler Bogd Khan, Choijin LamaLuvsankhaidav, who was the state oracle at the time. Construction of the monastery commenced in 1904 and was completed four years later. It’s considered as one of the most beautiful monasteries of Mongolia. It ceased to operating as a place of worship in 1938 during political purge in Mongolia and turned into a museum in 1942. It was restored in 1960-1961. The Choijin Lama Temple Museum that was erected by Mongolian architects is an architectural masterpiece of the 19th and 20th century. 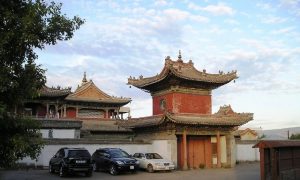